« Back to NZ News

NZ in Pool Group A 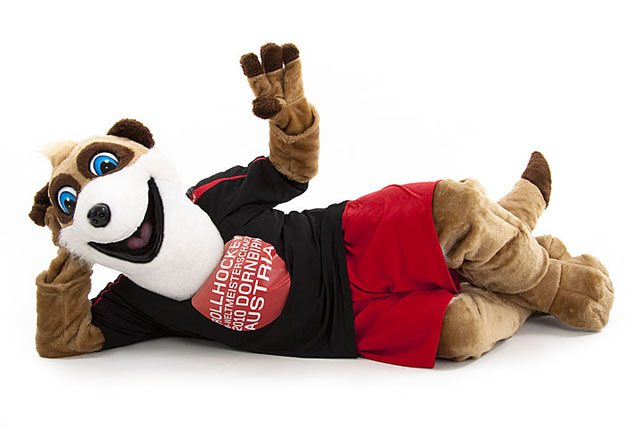 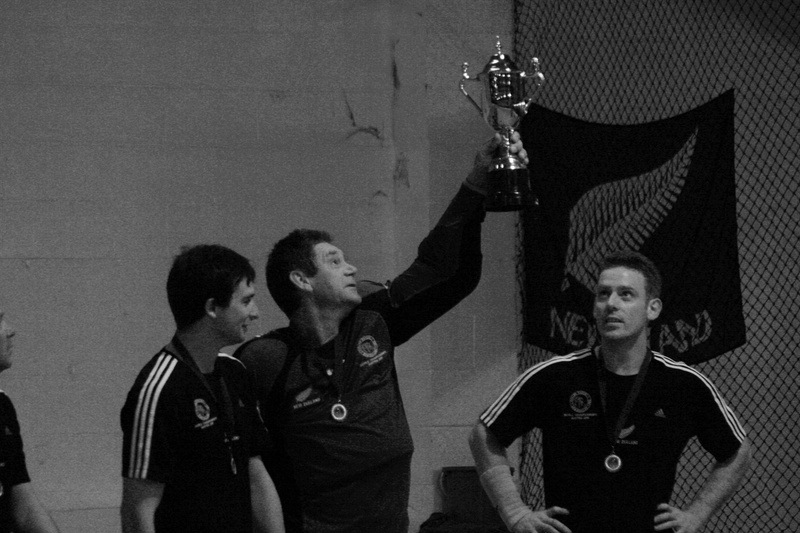 GAME ONE After the Aussie team starting strong it looked to be in the bag as NZ struggled with defence and getting the ball past an on fire goal keeper Cory Luff. It became exciting when NZ started to fight back in the last 10 min, bringing the game with in reach. Glenn Cox lead the Aussie team and played extremly well scoring 6 of the 7 goals, another veteran of the team Dion Steven showed he has still got the goods scoring the other goal.

NZ had Rob Vazey and Mark Turner scoring the goals for NZ, Mark scored 4 and had some fantastic shots getting the kiwis back within winning reach, but unfortunately Aus played a strong defence and kept the kiwis at bay. This was the game for both teams to get to see what each other had, the skill was there and some niggle along with some hard hits. The only cards handed out were to the Aus team, alot of off the ball action was also seen.

What a start to a great encounter, the next games look to be very exciting, with looking at sold out final I hope NZ can win the next game!!! 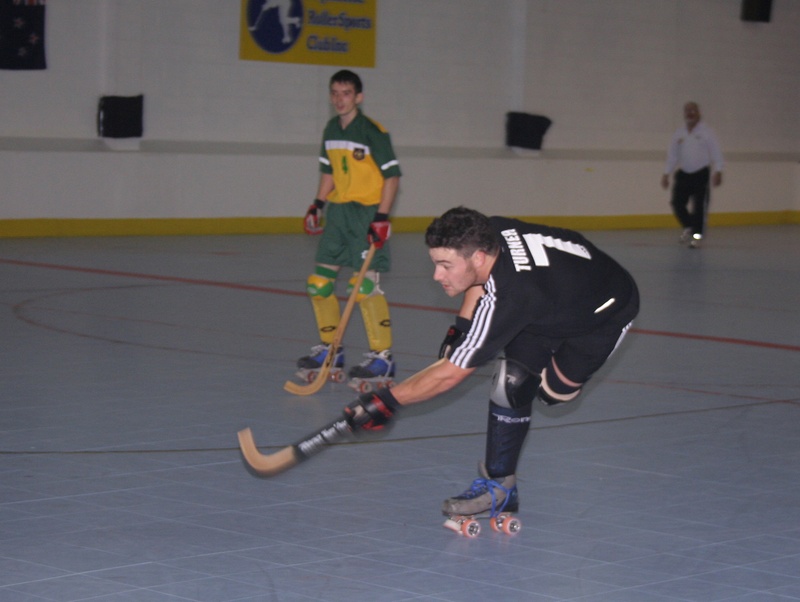 GAME TWO Looking to improve on the previous game the kiwis come out fighting with Rob Vazey and Mark Turner turning up the speed with Rob scoring the first 3 goals for the Kiwis, the Aus team looked as good as the 1st test match and were looking very sharp. The key game maker Glenn Cox certainly made the difference while on the feild, also picking up a yellow and a blue card. Other players that looked strong from The Aus team were Jason Shar, Dion Steven and Sean Tucket. The coach Chris Shar played both Keepers in this match and both played well, as the Kiwis were firing from all angles.

The stand outs in the kiwi team were Rob Vazey leading the goal scoring and Mark Turner with a consistantly strong game, picking up a goal also. Other scorers Alley Langridge and Dean Fitness also played a strong game. Tony Deller also was very strong on defence with his speed and determination. Damion Wilson the keeper keeped the Aussies out to let NZ take the second test.

It is hard to pick a winner for the Final as both teams are looking strong, not sure who has the edge but what ever happens it will be exciting... 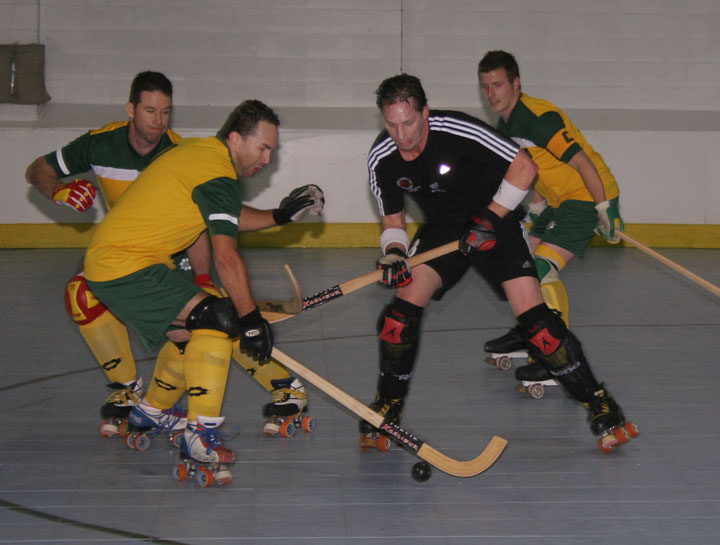 The game started in a sold out stadium with NZ and Aus looking to make there mark on the new trophy. NZ started strong with Rob Vazey scoring first and then a reply from Glenn Cox leveling 5 minutes later. With it 1-1 at half time the crowed was in for an exciting 2nd half. The game was played at a huge pace with nearly all the players recieving cards.

John Bardo (Capt) from NZ kept his team focussed on defence and this seamed to rattle the Australian team, Glenn Cox (capt) had his team play a more open style game with some fanastic displays of skills and speed. Rob Vazey scored the second goal for NZ in the second half bringing presure back on the Aussies. The Australian team came back hard with outstanding speed and scored not long after leveling the match 2-2. The crowd were becoming extremly vocal and enjoying every minute as players were getting agressive and the battle was on for one team to score in the dying minutes. It was up to someone special to bring there team to victory and this went to the player of the series Mark Turner with an out standing goal with 3 minutes to go. The Australian team then went all out on attack but the kiwis held the ball and defended hard and took the game.

Players from both teams were outstanding, with Richard Haywood and Damian Wilson (GK) from NZ playing blinders, Cory Luff also played like a keeper posessed. Weldone to both teams and I cant wait to see the next Trans Tasman Test..

Referees Peter Braddock and Bill Turner had there hands full during the test with this hard and fast test. They also contributed to the selection of the player of the series along with the two coaches. Mark Turner from NZ won this trophy with a close second the Australian Goal Keeper Cory Luff. I would like to thank Peter and Bill for some consistant and fair decisions, and for keeping the game flow. 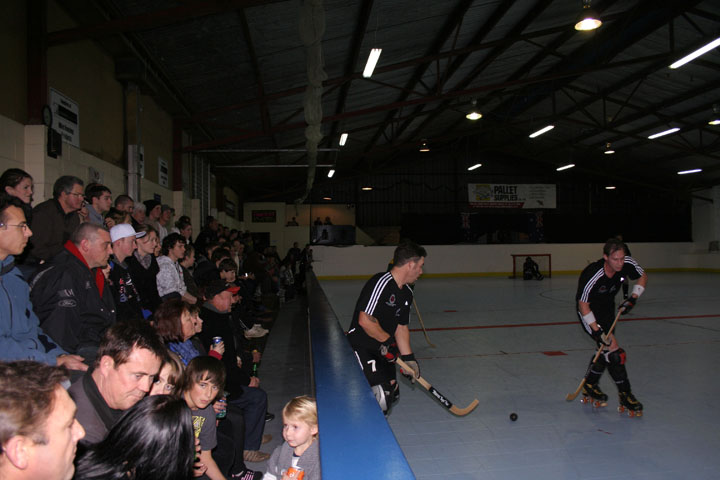 Please see the Trans Tasman Page for all results, and player information.

Thanks to all sponsors for there contribution.

Oops! This site has expired.

If you are the site owner, please renew your premium subscription or contact support.